November Trip on VIA Rail to Saskatchewan


Business took me to Saskatchewan in mid-November. Luckily, VIA Rail's schedule lined up nicely with mine so I could take the train to Saskatoon.


There were 10 cars on the train, including the baggage car. Just one coach, which is where I had a seat.


Not that I spent much time there; most of the trip was spent in the dome car. Where else would you want to be?

We met a number of freights along the way, but surprisingly weren't held up much. 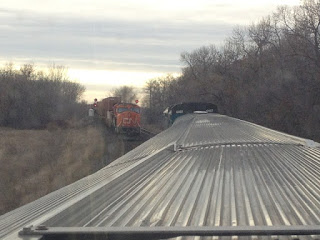 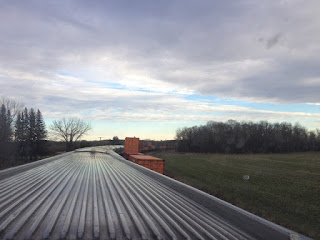 I used many of the 12-plus hours to do work. As a manager, I am interrupted a lot each day. Travel by trains allows me to get a lot of work done. 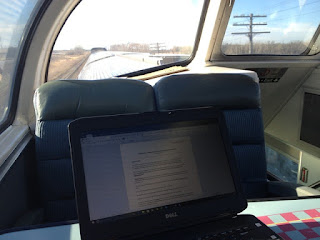 The main drawback to travelling in fall and winter is that night comes so early, especially after the end of daylight savings time.


Still, it was nice to be in the dome car, underneath the stars. 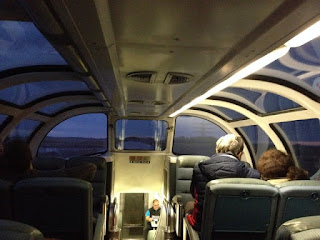 At the stop in Melville, I was able to catch the train and the super moon.


The next day found me in Outlook, home to the longest pedestrian railroad trestle in Canada. It crosses the South Saskatchewan River. 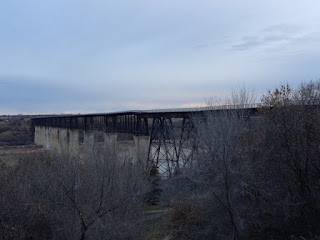 The bridge, which was opened in 1912, which was designed to enable the CPR connect Moose Jaw and Edmonton, is  now part of the Trans-Canada trail. The line that used it was abandoned in 1987. 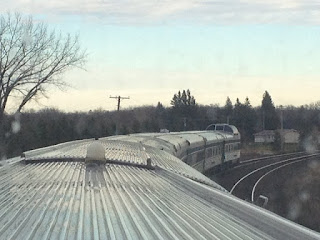