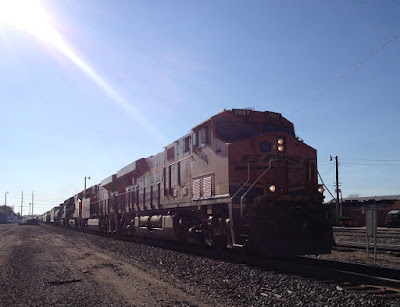 If you like trains, and lots of mainline action with some shortline activity added—then Newton, Kansas is a great place to visit.

Newton, with a population of just over 19,000, is located about 40 kilometres north of Wichita. It is on the BNSF (former Santa Fe) mainline between Chicago and Los Angeles. 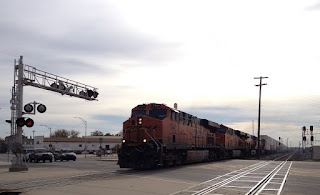 Railroads and Newton have been linked for a long time. In 1872 it became the western terminal for the Atchison, Topeka and Santa Fe Railway and the railhead for the Chisholm Trail.

Business takes me to Newton about once a year. I was there again in October, and had two occasions to wander trackside. 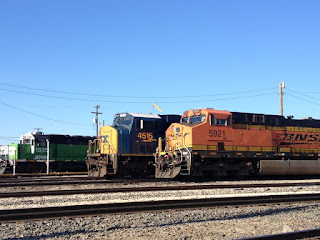 Train watching is easy in Newton. The locomotive facility is easily seen from nearby streets, although you need a zoom lens to get decent photos.

The mainline crosses Main St. right by the locomotive facility and the Amtrak Station (with its classic ATSF Harvey House design), providing close-up views of the action. 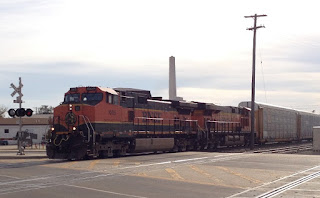 Train activity is frequent—a delight for the visiting railfan, but a source of much grumbling among the locals who have to wait often at crossings for the trains to pass.

Unfortunately, it was afternoon and all the trains were eastbound, meaning I was shooting into the setting sun. 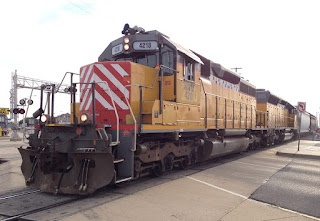 I also caught a WAMX (Webb Asset Management) train pulling a long string of cars slowly across Main St. I think it is the Kansas and Oklahoma Railroad, but I’m not sure.

A wander around the streets alongside the locomotive facility showed a variety of power on site—units from KCS, CP, CN, CSX and NS were all present, along with a few units still in classic BN green, and even some in the old ATSF scheme. 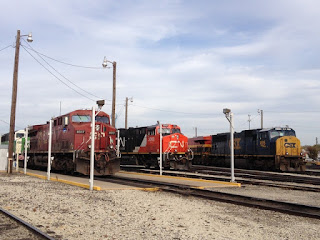 Unlike in 2009, I didn’t see any trains with flatcars carrying Boeing 737 fuselages. Back then, I was lucky enough to catch a number of them waiting across from the station. 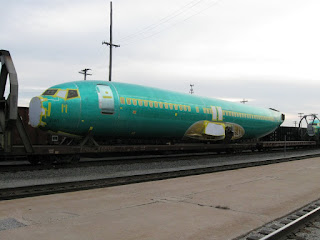 There are lots of little towns like Newton across North America, places where there is lots of railway action and relatively easy access to see the trains. Maybe you have a special place like it of your own. 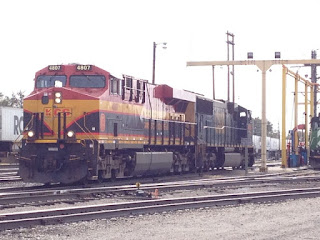 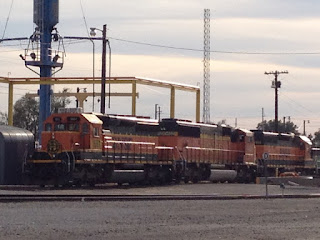 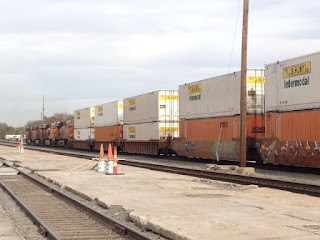 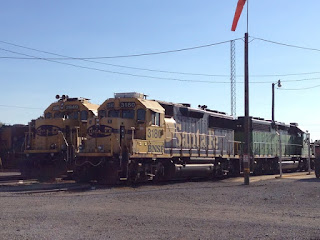 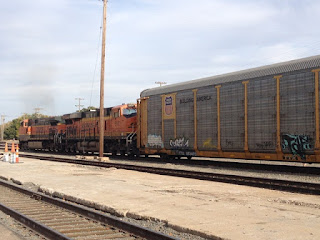