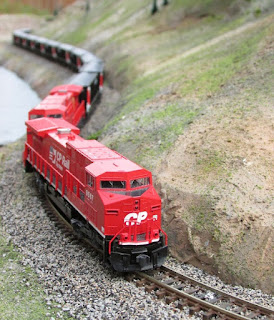 Now that the Thompson River Canyon layout is done, and the Manitoba Mega Train Show where it was on display for the final time is over, this is a good chance to take a look back at the layout.

After bringing it home from the show, and before I sold it to a friend, I took it outside on the deck for some photos in the sunlight. The results are on this page. 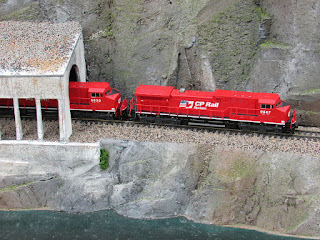 As for thoughts about the making of the layout itself, it was a great project and a great way to remember my brother-in-law.

Finishing it not only meant the end of construction, but also saying a final goodbye to Ken: Letting him go, almost two years after his death from cancer. 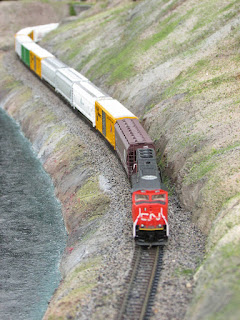 I also enjoyed this foray into N Scale, over 40 years since I last was involved with that scale. Back then, locomotives had two speeds: Stop and fast. Today, they can crawl so slowly and realistically. And there is a great and wide variety of rolling stock. 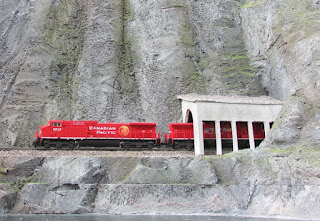 N Scale also has a great scenery-to-trains ratio, something I tried to use for good effect on the Thompson River Canyon. 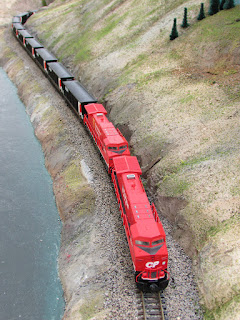 This is something that is so often and unfortunately overlooked by many N-Trak groups, in my opinion. For some reason, they feel compelled to cram as much track into a 2 by 4 foot module as humanly possible--something that I think detracts from the power and strength of this scale. 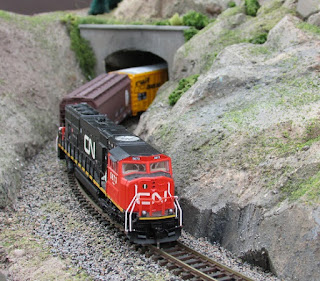 The layout also showed, I hope, that you don't need a huge room to have a satisfying model railroad experience. In this case, all it took was a 2 by 7 foot door. 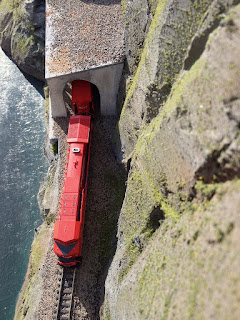 And so it is over. Now there are only photos to remember it by. I hope you enjoyed the trip. I know I did!

You can find more photos and info about the Thompson River Canyon layout by clicking on the label on the right, or by visiting my Flickr page. 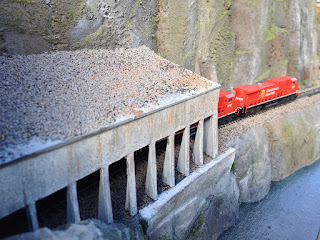 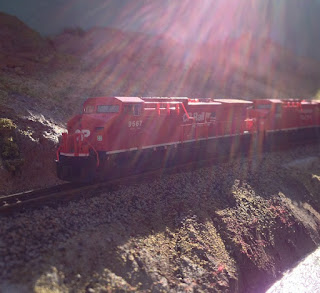