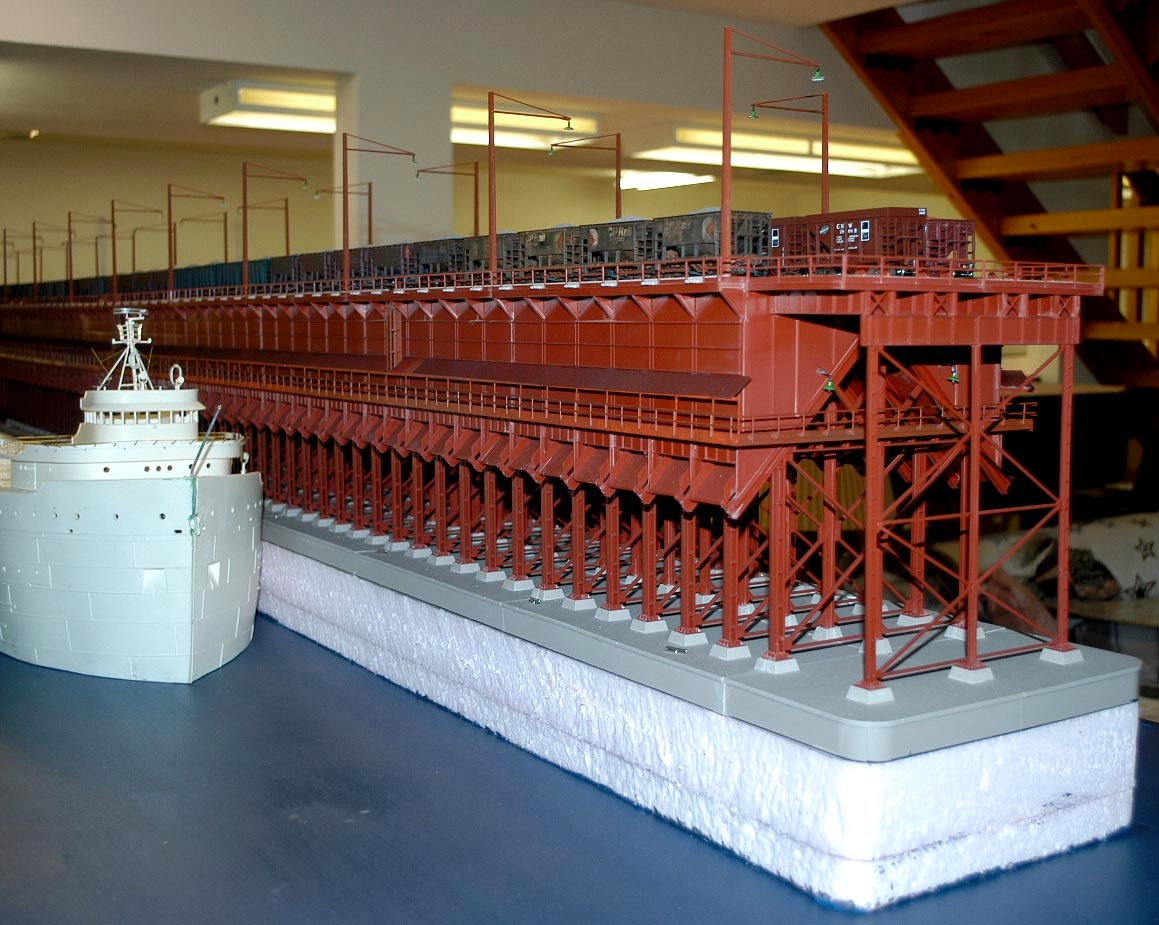 The word “amazing” is greatly over-used these days, especially on the Internet.

That’s why I’m careful about using that adjective. After all, if everything is amazing, one day we may wake up and find that nothing is.

But when it comes to Tom Cox’s Lake Superior-style ore dock and model of the Edmund Fitzgerald, the word is totally appropriate.

It is simply amazing. 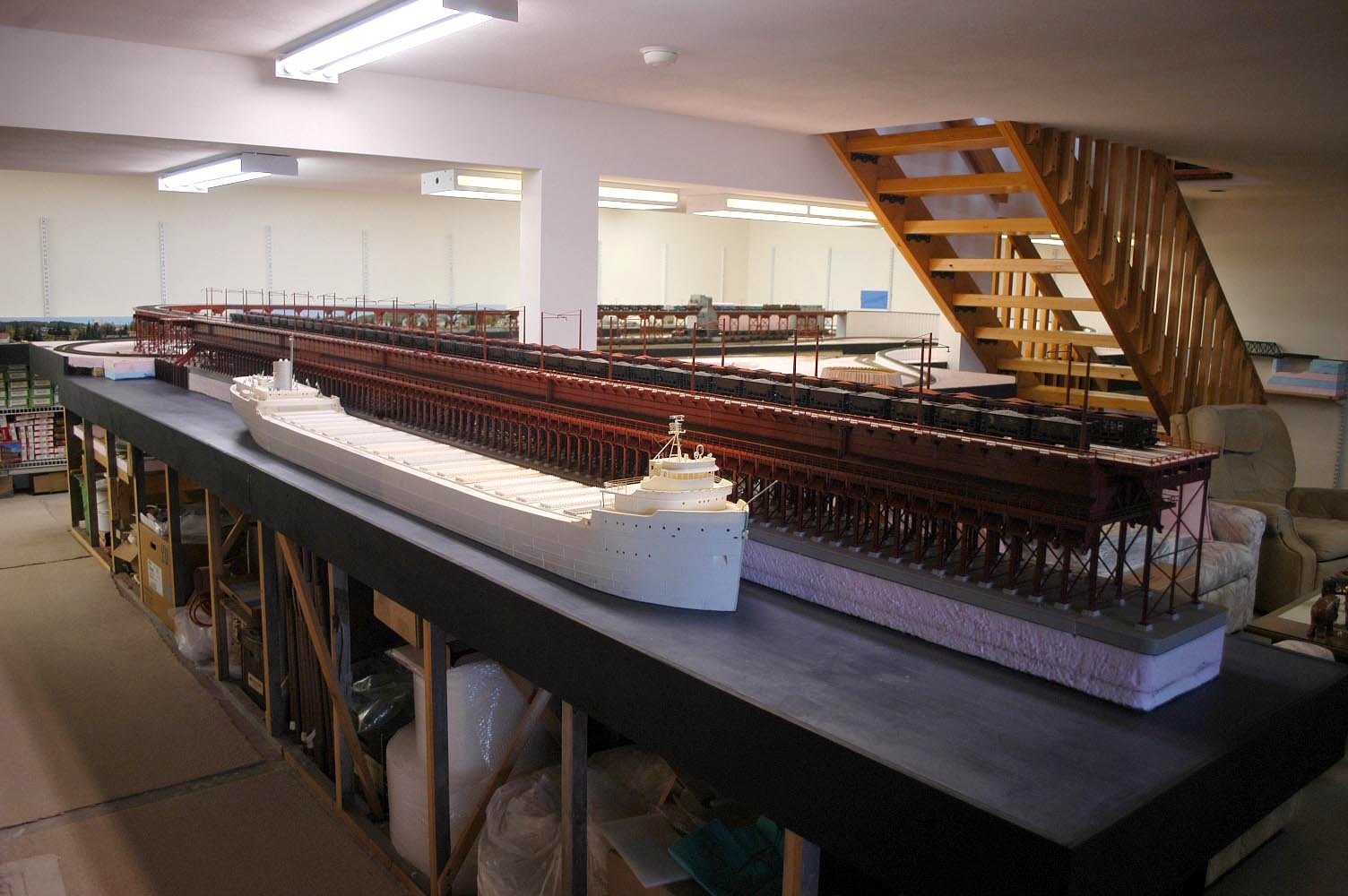 Tom’s ore ore dock, which is still under construction, is modelled after those found in Duluth, MN. The dock is 18 feet long. It resides on his HO scale layout, set in the 1960s-70s in Minnesota and northwestern Ontario.

The double-track ore dock, which is made out of wood, took Tom 1,600 hours to build. It features scratchbuilt bridgework leading up to the ore dock.

It can handle ore trains of 70 cars in length; the trains reach the dock on a 45-foot long approach with a four percent grade. 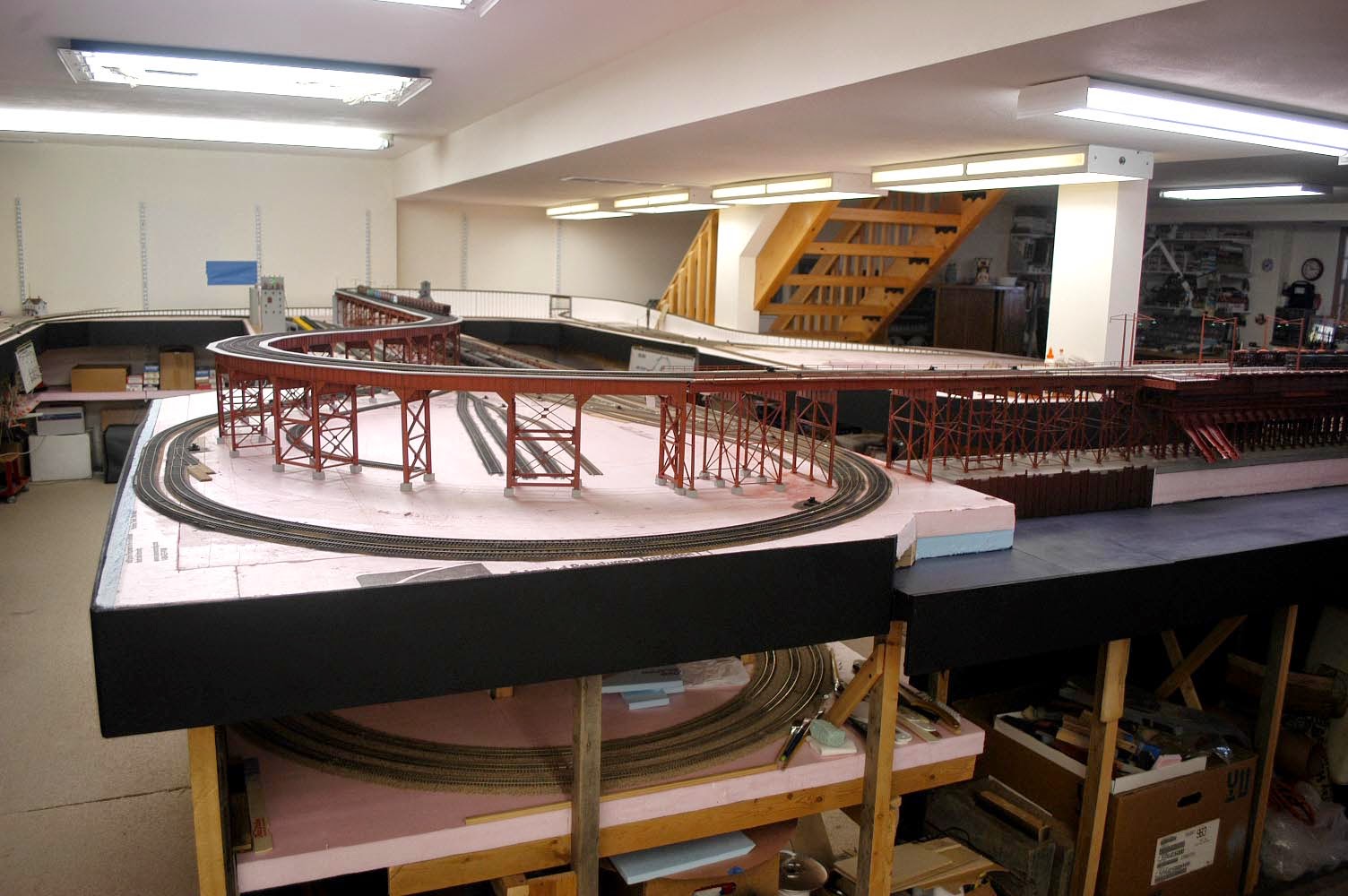 To get to the top, the cars are pulled up a four percent grade by a trio of brass SD9s. Just before the dock, they uncouple and run around the train and shove it on to the dock. 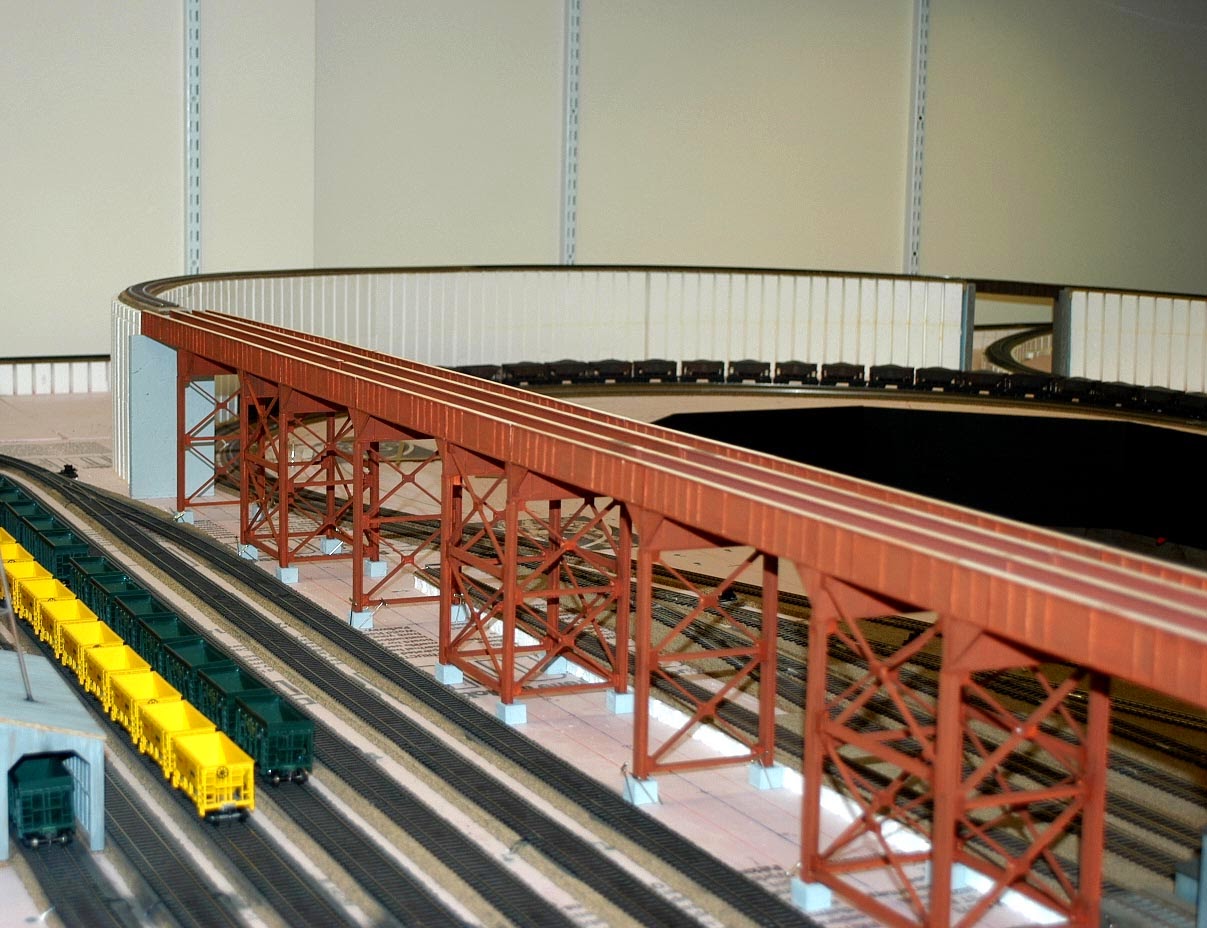 Below the dock is a model of the Edmund Fitzgerald, the famous laker that sank in Lake Superior November 10, 1975.

Tom took a resin kit of the ship, manufactured in limited quantities a number of years ago, and lengthened it from the original 5 1/2 feet to a more realistic eight feet, four inches long. (A scale 729 feet.) 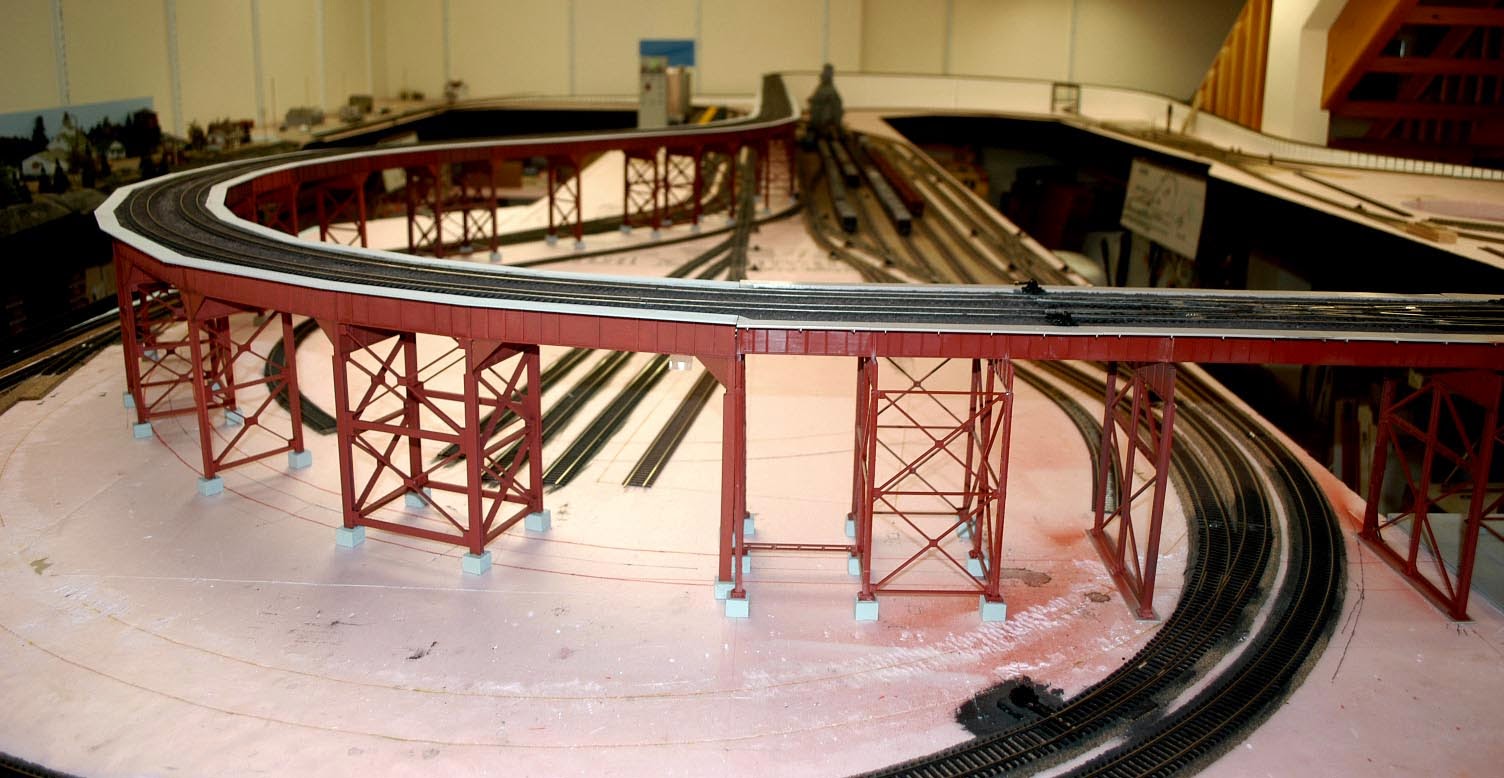 The dock is also lit, with 87 lights, and includes a 38 foot-long scratchbuilt catwalk (which took almost 1200 hours to
build.)

This is the second ore dock that Tom has built; the first was on a previous layout which he dismantled in 2000. That dock took 950 hours to build.

Tom's current 22 by 40 foot layout is based on the Duluth, Winnipeg and Pacific line from Winnipeg to Duluth. It features operations by a number of railroads, including GN, NP, DWP, DMIR, MILW, CNW, SOO-CPR.

The layout also features one of Tom's favorite areas—Sioux Lookout, Ontario. "I used to go fishing there, and I fell in love with the place," he says.

When he isn't working on the layout, Tom is a professional custom builder and weathering specialist at Red Pine Precision Modeling.

Below find a few photos of Tom's first layout. Once his current layout is scenicked like that one, it won't just be amazing--it will be spectacular. 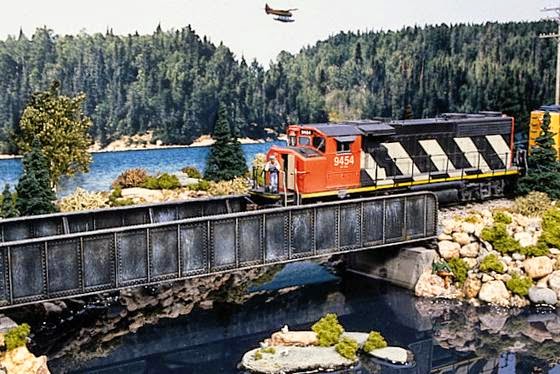 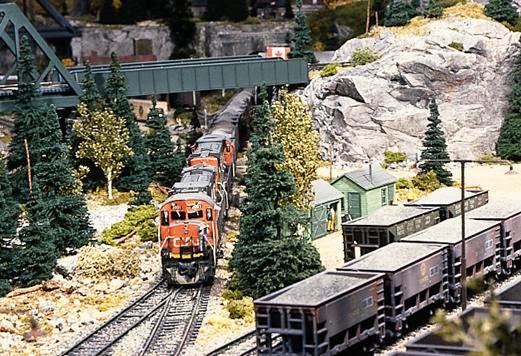 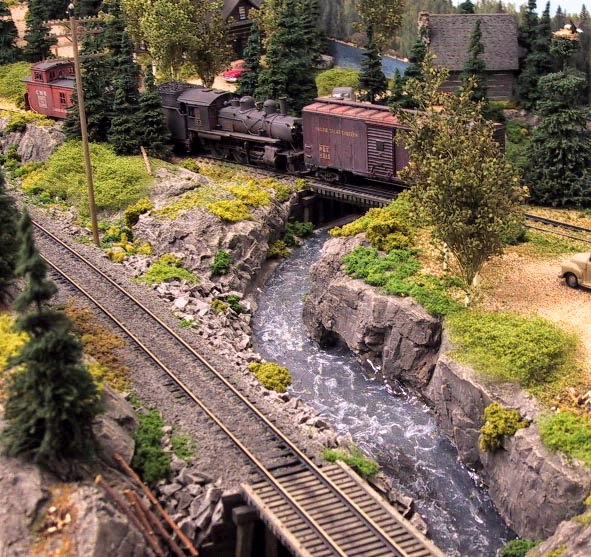 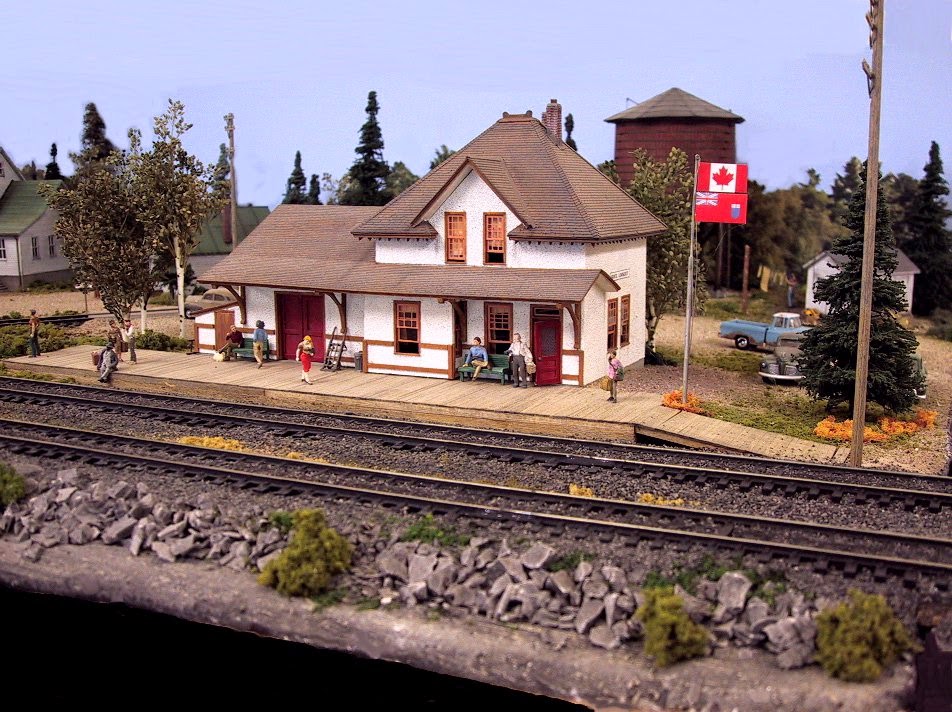 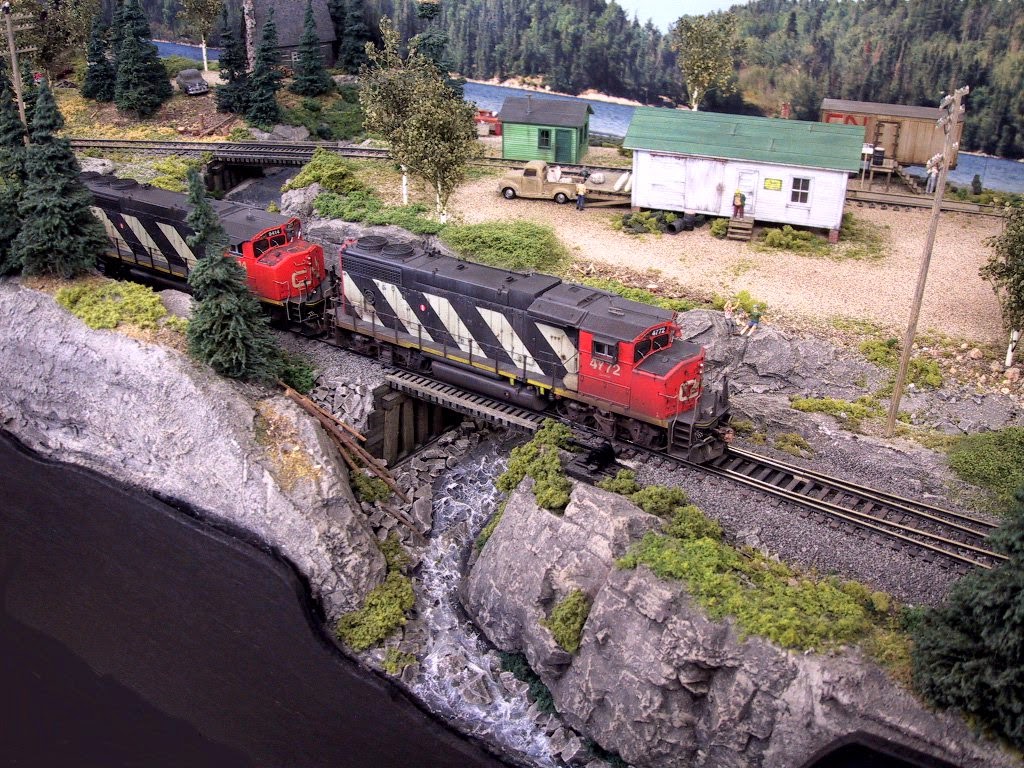 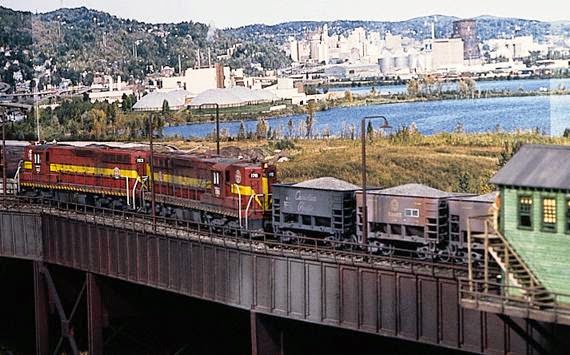