I grew up in St. Catharines, Ont., right near CN's Lakeshore Spur to the Port Weller Drydocks. The line was the former Lakeshore Division of the the Niagara, St. Catharines, and Toronto Railway, a streetcar and interurban railway that served the region from 1888 to 1959.

The railway never actually reached Toronto by rails; rather, passengers boarded ships in Port Dalhousie and made the trip across Lake Ontario to the big city. 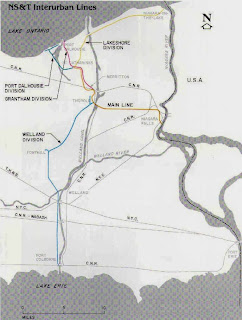 Although owned by CN, the railway operated independently until 1960. Passenger operations ceased in 1959; when they ended, the NS&T was the last operating interurban in Canada.

By the time I was growing up, the railway was operated completely by CN, using diesels. We crushed many a penny on the tracks by our street as trains rumbled to the dry docks and back.

Today, most of the old NS&T tracks are gone, including the Lakeshore spur. Unfortunately, no equipment from the NS&T was preserved.


More information about the NS&T can be found at the Niagara, St. Catharines & Toronto Railway website on Trainweb. You can also learn more at Niagara Rails Electric Lines.

A video of the final interurban run can be found here.

Today I live far away from St. Catharines and the old NS&T. But seeing these photos reminds me of growing up near the tracks, and of bike rides to its old yard at Merritton to watch the CN action.

The NS&T may be gone, and I may have moved away, but those days of watching trains on the old line lives on in memory.

Tom Wright, who passed away in 2012, had a fine O scale layout based on the NS&T. The rail was handlaid code 100 on ties cut from pine and stained black. The cars and motors were all live overhead. The photos below are from his layout; I don't know what happened to it or the equipment. 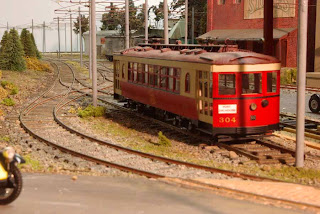 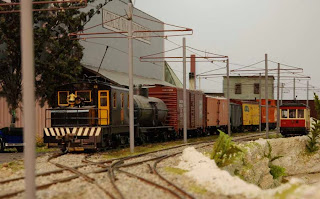 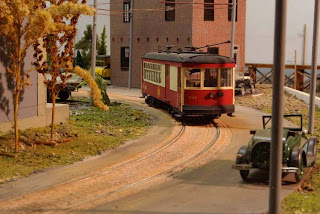 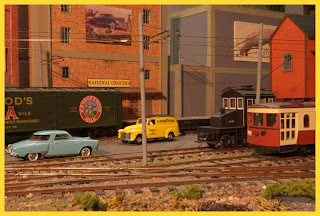 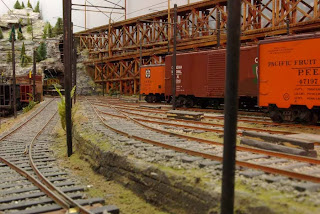 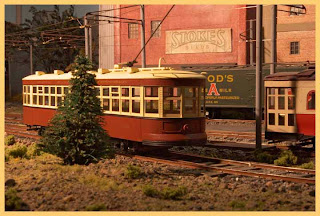 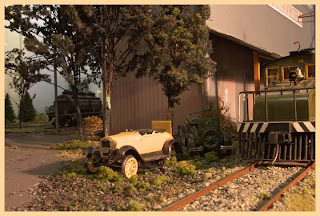 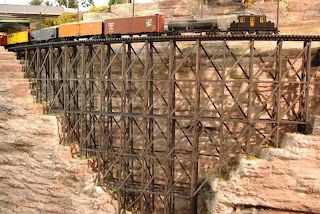