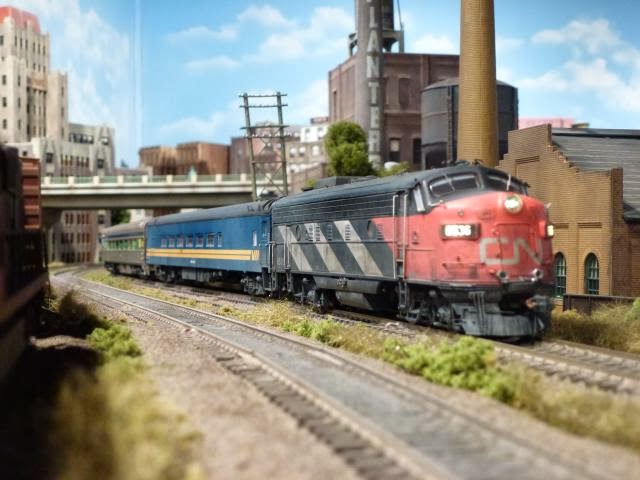 Even more remarkable is that this is his first layout—how many of us could have done this our first time around? 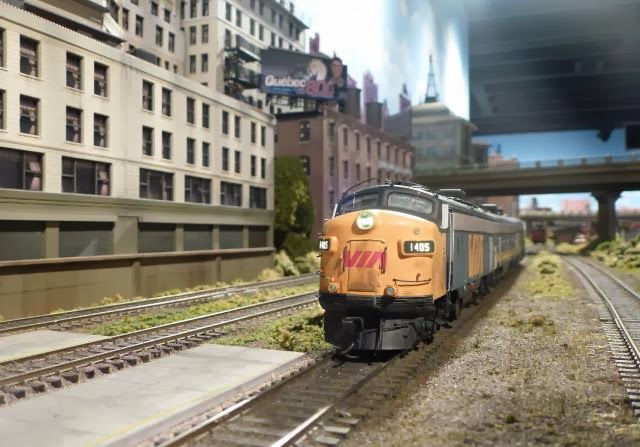 The freelanced layout is based on Chris’ memories of taking the train from Toronto to Montreal and Quebec City as a child. From that he developed an interest in urban scenery, CN and VIA Rail. 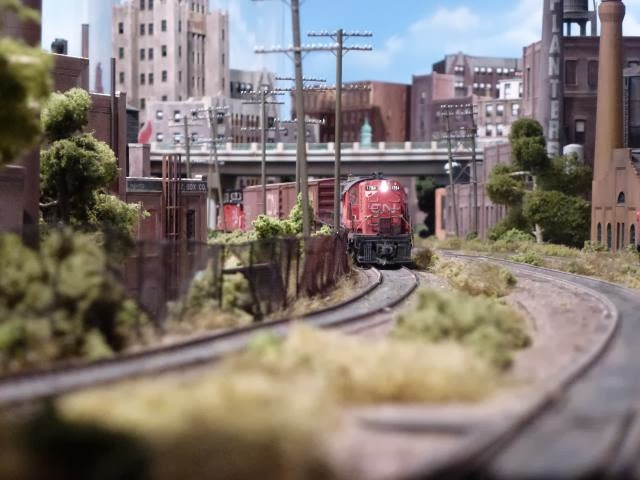 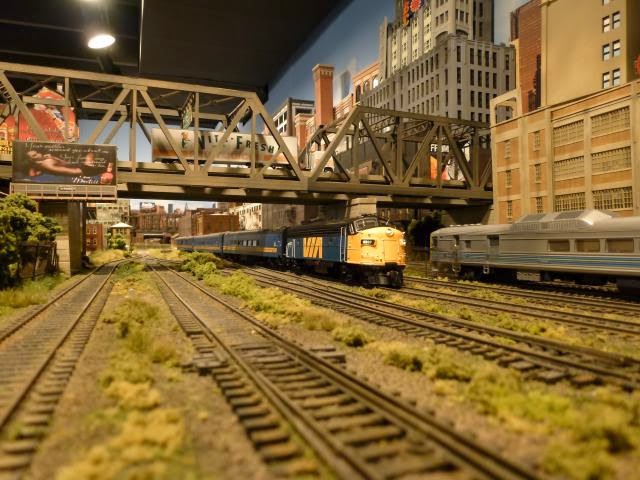 “I find that Jason and his crew have really gone to the ends of the earth to recreate the prototypes as closely as possible in miniature form,” says Chris. “Their stuff is all of the great stuff I like, so I'm glad that their company is feverishly recreating incredible products with so much attention to detail.”

The layout itself is a continuous loop, with a Union Station on the North side of the room and Central Station on the South side. One of the layout, is heavily urbanized, serving as a view block between the two “cities.” 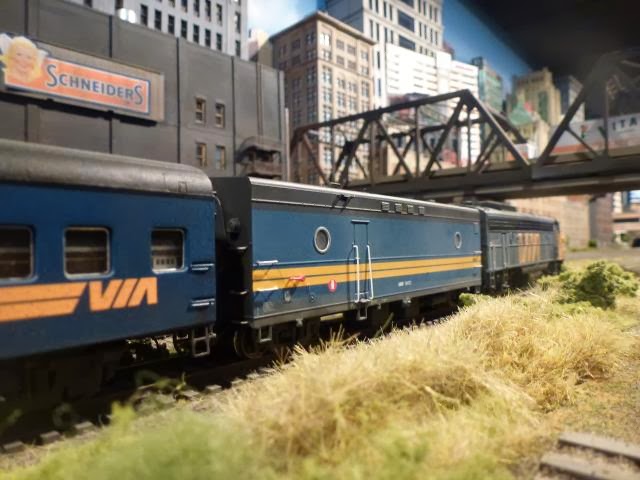 Says Chris: “Some of my fondest memories of riding the trains as a kid was the slow crawl through the urban sprawls of the cities leading into Union and Central Stations. Essentially I have wanted to recreate that slow crawl through the elevated mainline into the massive sheds of the two stations on the layout.

"As I built the structures and scenery, I did so while envisioning what I remembered seeing out the windows of the trains in relation to building positions, and general scenery.” 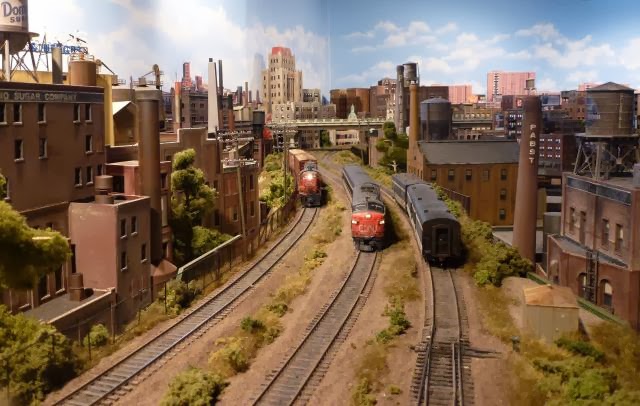 Chris takes inspiration from Geroge Selios’ Franklin & South Manchester and Rod Stewart's gorgeous urban-themed layout. The buildings on the Rapido Route are a combination of kits, kitbashed and scratchbuilt structures.

He elevated the mainlines through the city so he could run roads underneath the tracks and to ensure that foreground buildings didn’t block the view of the trains. Signs on the buildings help set the time and place. 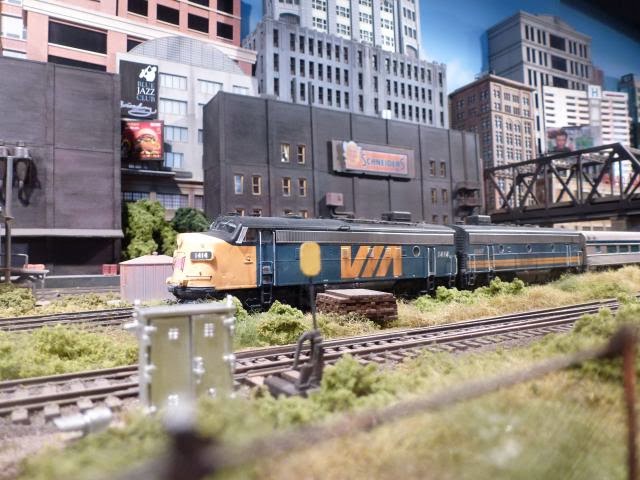 Of the layout, Chris says it “has been a fun and exciting way to build something creative.” As far the future, there’s that train shed to build, and then he wants to get into the super-detailing stage. 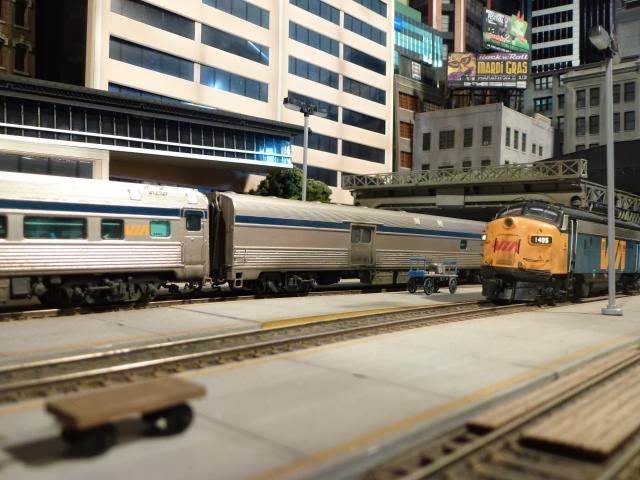 As for me, I am in awe of what Chris has created. In the near future Canadian Railway Modeller will carry an article about his layout, including more information about how he built his amazing buildings. 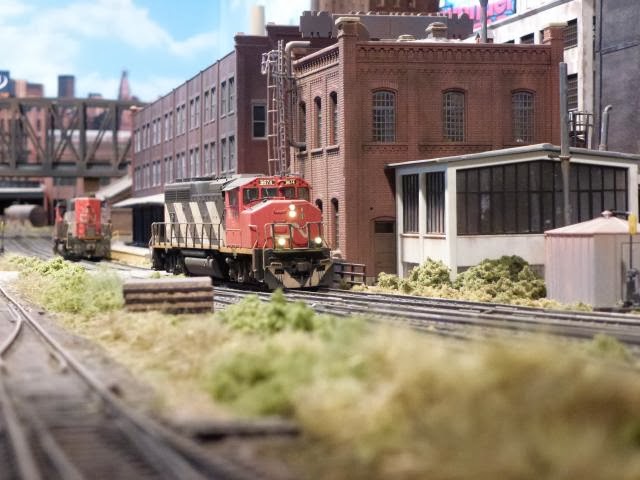 For more photos of the Rapido Route, click here.