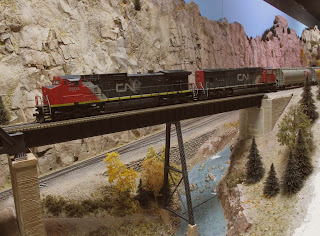 Earlier, I posted some photos of Rich Loveman's CN and CPR in the Thompson River Canyon (featured in the 2011 issue of Model Railroad Planning). 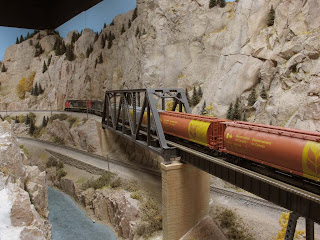 In the post, I wrote about how Rich had done such a superb job of modelling both sides of the canyon, with CN and the CPR on opposite sides (as in real life). He truly created a Great Canadian Model Railroad. 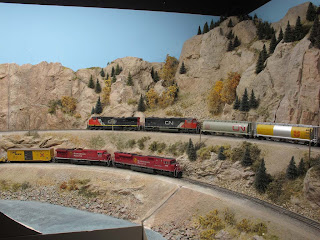 I also wrote about how Rich had tragically passed away from cancer last year at the age of 63 (before he could finish the layout). It was a privilege for me to pay tribute to Rich and his modelling by sharing photos he sent to me before he died, along with photos supplied by Tony Koester and Rich's friend, Bill Botkin. 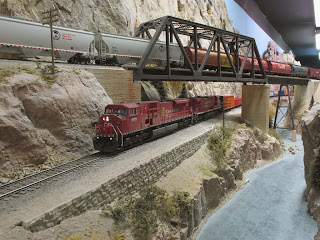 Bill told me that he would try to get over to Rich's layout one more time to take a few more photos; with permission from Rich's wife, Alice, he was able to do that recently. His photos of Rich's amazing modelling are in this post for all to enjoy--and marvel at. 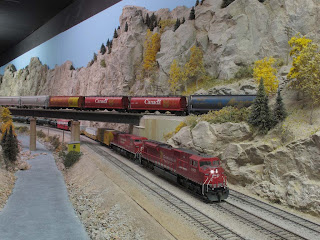 The future of the layout is uncertain; if I learn more, I will post it here. 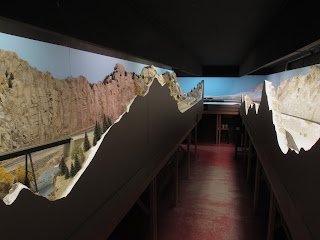 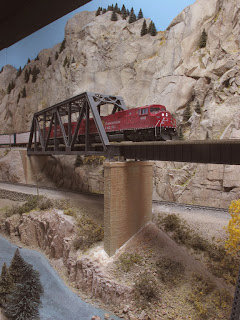 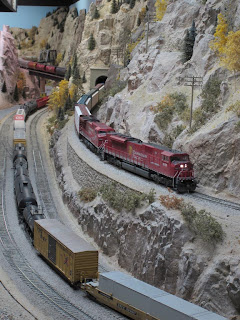 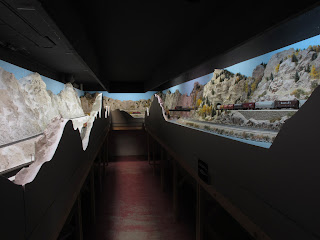