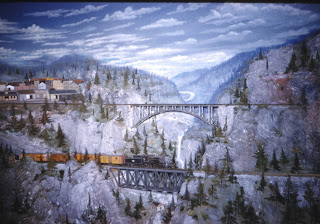 For model railroaders of a certain age (like me), the name John Allen is very familiar.

Allen, also known as the "wizard of Monterey," achieved near god-like status in the 1950s and 60s with his legendary HO scale Gorre & Daphetid (Gory and Defeated) layout. 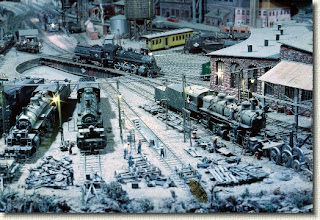 Allen died in 1973. On July 2 the Miami Valley Division of the NMRA is calling on model railroaders around the world to celebrate what would have been his 100th birthday with the John Allen Memorial (JAM) Breakfast.

The mark the occasion, they are suggesting that model railroaders enjoy a traditional railroader's breakfast of flapjacks and jam from strawberries, the big crop from around Monterey (where John lived). 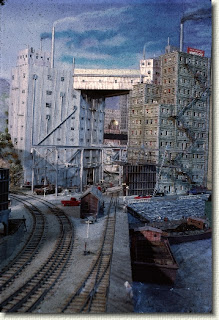 They are also inviting people to take time to reflect on Allen's contributions to the hobby, and his legacy. More info and downloadable files in several languages can be found on this web page or this Facebook page.

More info about Allen can be found on the GD Lines website, a website dedicated to his life and modelling.  (And from where the photos on this page were taken.) Another excellent website about Allen is called John Allen's Gorre & Daphetid; it can be found here. 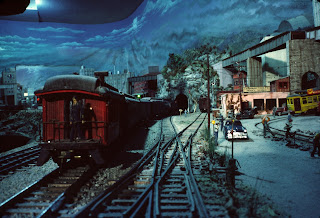 On a personal note, Allen was a tremendous inspiration to me. Growing up in the 1960s, I couldn't get enough of his fabulous layout, reading each issue of MR or RMC featuring the G & D again and again. I marvelled at his floor-to-ceiling scenery, backdrops, structures, trackwork and overall operational plan.

In the mid-1980s I was able to see a bit of Allen's modelling when I visited the home of Cliff Robinson (creator of the famed MUT Lines) in Dallas. 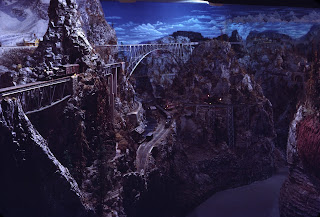 Robinson was a friend of Allen's, and he had in his possession one of Allen's steam locomotives. It was cool to be that close to Allen, and to model railroading history. 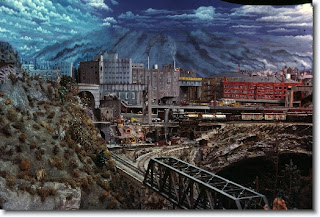