According to the Model Railroader website, all of the magazine's staff have a layout or collect model trains. But only one models Canadian railways. Can you name him?

Give up? It's Associate Editor Kent Johnson, who models the CPR in three-rail O scale. 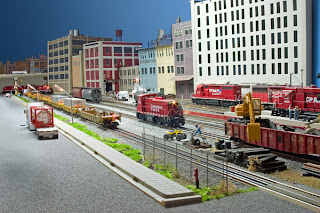 Johnson, who also has been Senior Editor for Classic Toy Trains magazine, was inspired to model the modern CPR after travels to various regions of western Canada. His layout, which is located in a 14 by 48 foot basement room, includes city scenes in Vancouver, B.C., forested mountain terrain, and deep river canyons. 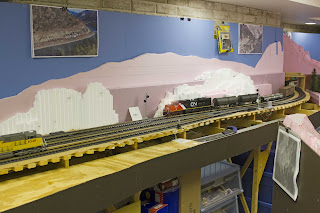 The mainline run on Kent's dogbone-style layout is 200 feet; the track is GarGraves flexible and sectional track and Ross Custom Switches; the scenery is made of extruded Styrofoam; and trains are controlled with a Lionel Legacy/TMCC command control system. Locomotives and rolling stock are painted, weathered, and detailed for Canadian railways. 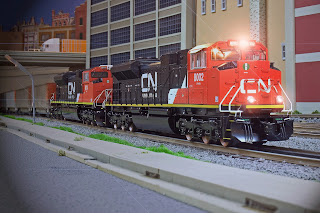 Kent's layout will be featured in the March 2013 issue of Classic Toy Trains. 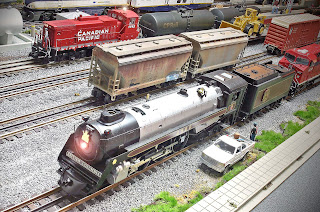 Kent has a blog about his layout; click here to view it.

There are two videos of Kent's layout on the Classic Toy Trains website. Click here and here to view them.

(Photos from Kent's blog and the Classic Toy Trains website.) 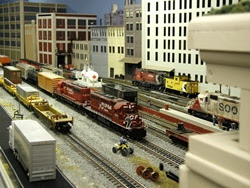 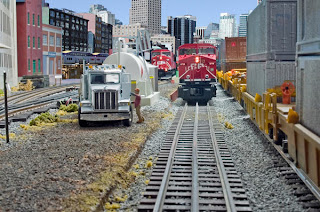 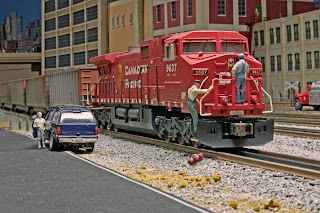 In addition to his O scale layout, Kent also has a garden railroad--the Canadian Pacific Joy Division. The 22 by 28 foot layout features a modern-era branch line in western Canada. See videos of the layout here, here and here. 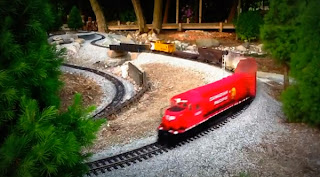