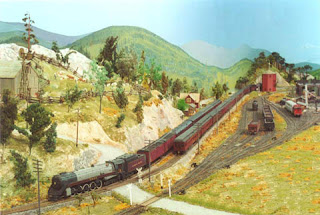 Actually, Bob's layout was two great Canadian layouts in one. For many years the Winterton basement was home not just to the Superior Northern, but also to son Peter's CP Rail Heron Bay Subdivision; more about that below. 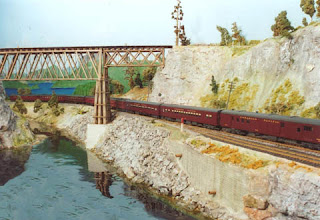 The Superior Northern Railway (SNR) is a fictitious Northern Ontario shortline set in the transition era. It runs north of Terrace Bay from a connection with the CPR transcontinental mainline, serving ten industries along the way. 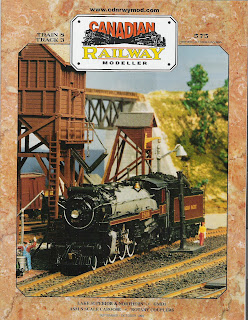 Originally, the CPR line existed only to serve the SNR. It entered the scene at Terrace Bay (formerly Nipigon) and was staged east and west in hidden tracks. It was expanded as a result of the demands of an operating group, which rotated between local layouts once a week. 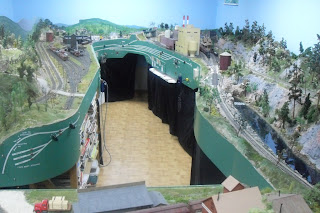 Bob extended the CPR mainline around the 12 by 38 foot room, including a connection with the Heron Bay Subdivision, the 1977-era CP Rail layout built by Peter in a separate 9 by 12 foot room. The two layouts were connected by a unique snow scene in room between the two; see below. 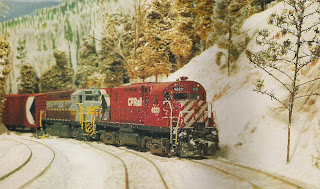 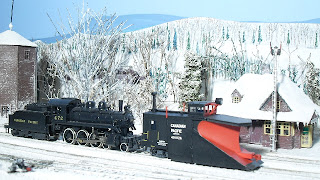 This arrangement led to unique dual-era operations, with switches made between 1952 and 1977. Although the two eras were 25 years apart, no effort was made to change structures while switching between the two—only the motive power and rolling stock was changed. 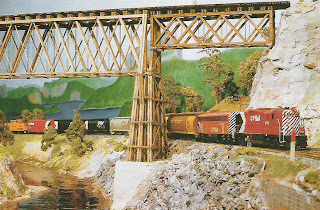 Bob operates the layout by schedule, without a fast clock. Trains and train numbers on the CPR line are typical of the era modeled, with notable trains such as The Dominion and The Canadian. 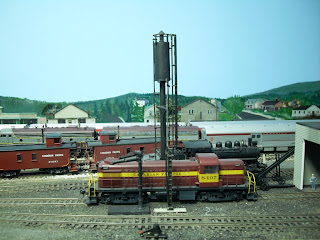 Bob’s layout has appeared in the model railroad press a number of times: August, 1978, May, 1983, March, 1991 and June, 2002 Railroad Model Craftsman; as well as in Canadian Railway Modeller and the NMRA Bulletin. Peter’s original Heron Bay Sub. was featured in Great Model Railroads, 1992, when he was just 16 years old. 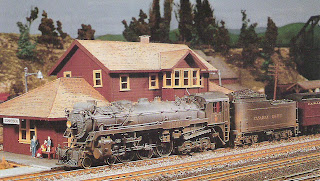 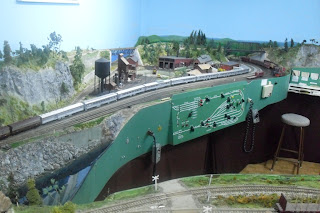 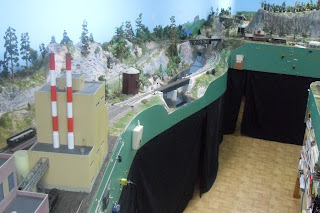 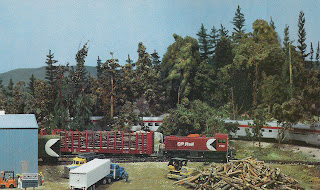 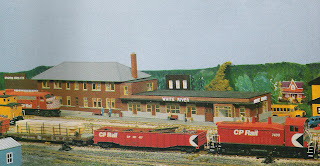 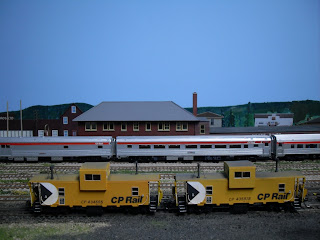