During my time as Associate Editor of Canadian Railway Modeller, I’ve been able to work with many authors to help them publish articles about their layouts. There have been a lot of impressive layouts over that time, including Brian Elchlepp’s BC Rail Dawson Creek Sub. (Featured in Train 11, Track 1).

The prototype Dawson Creek Subdivision is a 61-mile branch line in the northern part of B.C. It features a rolling profile, stretches of 2.2% grade and a 1,100 foot long bridge spanning the Pine River. Until the mid 90s, power was all Alco, while rolling stock was a mix of pig flats, box cars, petroleum and grain.


At the time Brian was modeling the line, the railway serviced a number of grain elevators and local industries in Dawson Creek and interchanged with CN (which now owns BC Rail).

Brian’s HO scale representation of the Dawson Creek Subdivision was a point-to-loop plan about 9.5 by 21 feet. It featured a double-decked portion along one wall, with the lower level representing the town of Chetwynd while the upper level was Dawson Creek. There was also a staging yard reached via a three-turn helix.

For Brian, the combination of traffic, grades, operation and exotic motive power made the line the perfect prototype for a model railroad.﻿

As you may have noticed, I have been using the past tense to describe Brian’s layout—it’s gone now, the result of a change in personal circumstances in his life. Brian dismantled it in 2006.


Gone, too, is a website he created about the layout and the prototype; using the magic of the Internet Archive Wayback Machine, I went back and grabbed some photos from his old site to post here as a tribute to Brian’s fantastic modeling.

In a note, Brian told me he has stepped away from the hobby for a while, although he has recently begun to do a little modeling again. This time, though, it’s a little Washington branch line.

If you’re interested in learning more about BC Rail, Brian co-authored two books about the railway; you can find more information about them here.

More photos of Brian's gone, but not forgotten, layout are below. 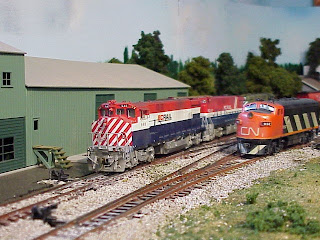 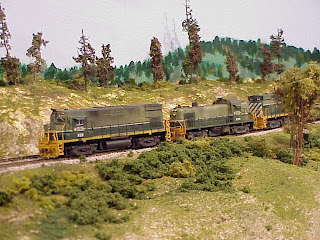 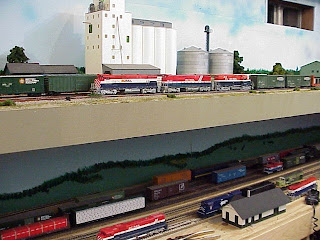 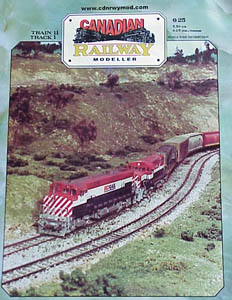