Another Supertrain is behind me. As usual, it was a good experience, made better by spending a day with an old high school friend.

The day started as I like when going to SuperTrain: Taking the C-Train to the show. Nothing like taking a train to see trains! 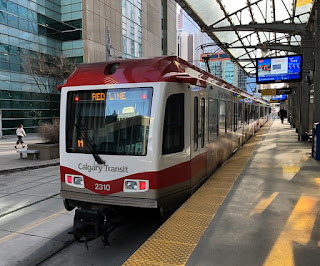 It’s easy to be overwhelmed by a show this big. My goal, while there, is to find things that are unique and different—a scene on a huge layout, an interesting exhibitor or display.

Shaun, who is from Red Deer (two hours north of Calgary), has been dabbling in 3-D printing for about eight years while running an oil field inspection company. 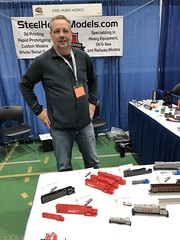 With the downturn in the oil sector in the province, Shaun closed his company and starting doing 3-D printing full-time, mostly trade show models. Now he’s trying his hand at model railroading

“It’s a gamble, but it’s fun,” he says of the new business line. 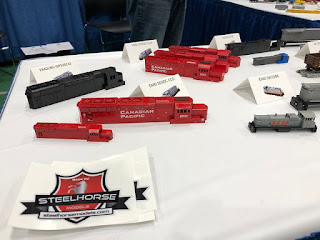 Then there’s Grant Smith, who has a unique hobby within the hobby of model railroading: He is trying to collect a model of each of the Union Pacific’s 25 Big Boys.

So far, he has 17 of them in plastic, brass and diecast, along with a collection of ephemera related to the massive machines—articles, photos, calendars and what-not. 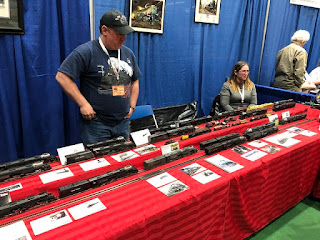 While at Grant's display, we talked about the upcoming run of Big Boy 4014 this summer.

Apparently, tens of thousands of people are expected to show up in Ogden, Utah, and along the way from Cheyenne, Wyoming, to see the unit in action.

Greg said that state police along the route have already issued warnings to railfans: Anyone caught driving at track speed along roads that parallel the tracks—the better to take photos and video—will be pulled over and ticketed. 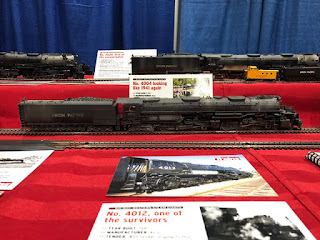 As much as he loves the Big Boys, he’s not planning to go; too expensive. He can use the money he saves to buy another model!

Then there were the layouts. There are many to enjoy, but this year it was the Brits who caught most of my attention.

I really liked the Kingsley and Frogall, an O Scale layout modelled after a prototype line in Great Britain. 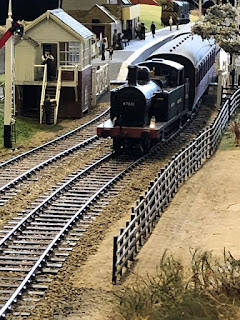 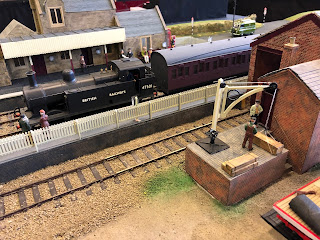 Then there was the Calgary British Railway Modellers. On their layout, I was taken by the harbour scene. 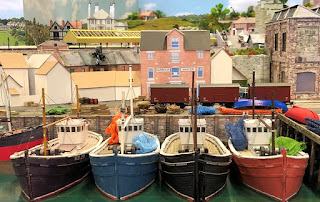 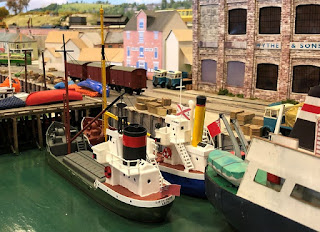 The Independent Free-Mo Operating Group always impresses, too. (Although I wonder about the reason for the name—was there a conflict with another Free-Mo group that led to the creation of the layout?) 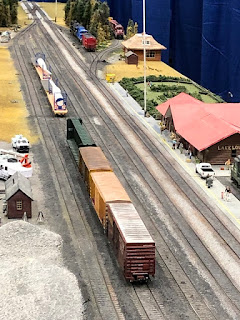 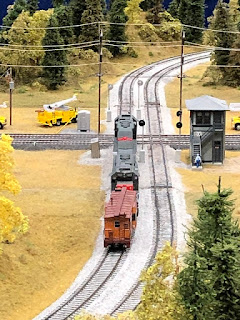 Dan Huberman was there from North American Railcar, showing off some gorgeous, but expensive ($60 each) N Scale rolling stock. 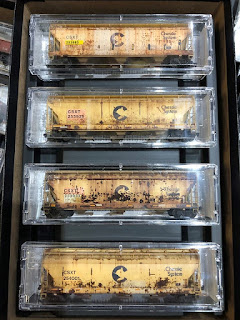 Yes, he said, they are expensive. But there is a good market for cars like this from modelers who want higher quality cars for their layouts.

(Speaking of layouts, I found out Dan is an N Scaler.)

Shira Trains did not make an appearance; no CPR D-10 to see in person.


The last time I attended the show was 2016. This year’s show seemed smaller, a few more empty display spaces and more room between layouts.

As for manufacturers and other displays, in 2016 there were 66, but this year there were 68—so no big difference there.

One thing that was noticeable was the lack of the big manufacturers—no Athearn, Atlas, Bachmann or Bowser. Fortunately, Rapido was there showing off its new Royal Hudson. (See top.)

This is no big deal; I used to run the model railroad show in Winnipeg and from year-to-year we would have more or less layouts, displays and sales tables.

And the day ended as it began, on the C-Train. A great day, all around, and congrats and thanks to the organizers, volunteers, clubs, manufacturers and others who made it all possible. 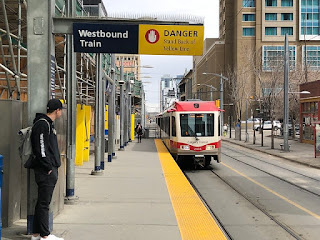