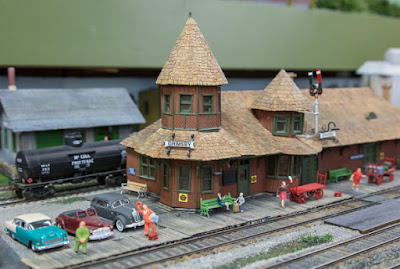 I was sad to learn last week of the passing of Jim Ellis of Beamsville, Ont.

Jim, 79, was a well-known modeller in southern Ontario for his great Canadian model railroad, the Spring Creek Valley.

His reputation also carried across the country through his association with the Canadian Association of Railway Modellers (CARM).

The 12 by 35 foot layout, which featured CNR and CPR steam in the 1950s, was not set in any location, but captured the essence of the southern Ontario area. 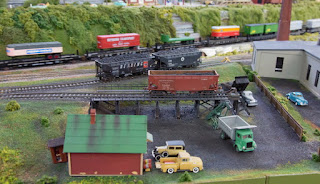 Scenically, it was set generically in the Niagara escarpment. The trackplan was designed as a bridge route between Niagara Falls and Toronto, with a branch to Owen Sound.

Toronto had a big roundhouse, with 12 stalls, with the roundhouse tracks extending in a complete circle. 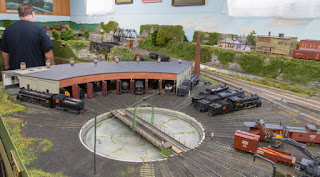 Also modelled in the Toronto area was a large yard, complete with a raised street scene at the back of the yards that captures the feeling of Front Street in that city. 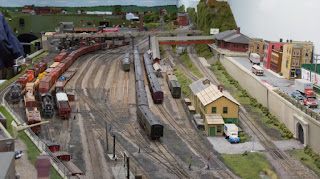 The branch to Owen Sound ended in a model of a huge grain elevator and 1950s lake freighter. 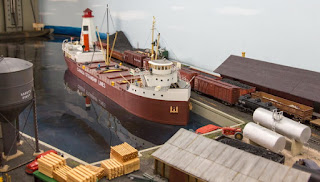 A special feature of the layout was Jim's collection of brass CNR and CPR locomotives.

Many of them were modified to represent models that aren't available off the shelf. 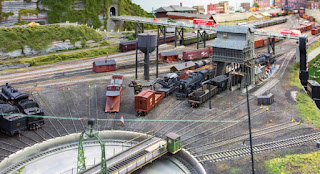 As well, many of Jim’s structures were scratchbuilt or kitbashed to represent actual structures that existed in the area. 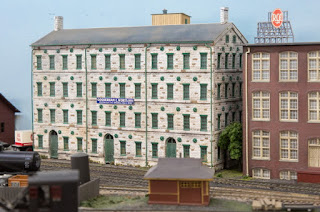 I never had a chance to meet Jim, or see his layout. But I knew of him, and now I can honour him with this post. 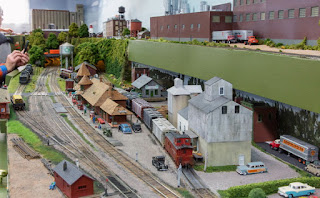