Once again, a business trip fortuitously coincided with Supertrain in Calgary. Following are a few photos and observations.

Of all the layouts there, I liked the Independent Free-Mo Operating Group the best. Not only was the layout well done, with excellent trackwork, ballasting and scenery, they seemed to get it right when it came to the proper mix of sidings to mainline. Plus, I like the uncluttered look; the have the right ratio of track to landscape. 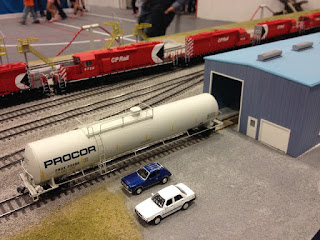 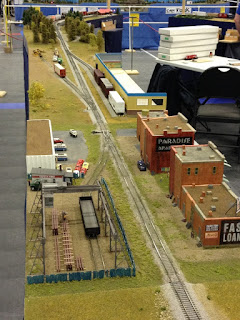 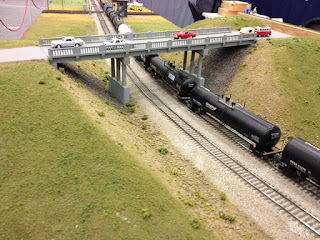 It also helped that the had a lash-up of six new Bowser SD40-2s. Too new, the owner told me, saying that he would soon be getting around to some weathering. 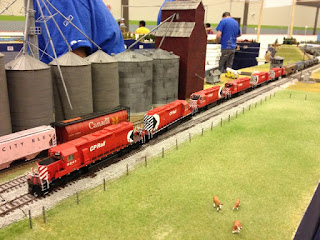 Speaking of Bowser, there was a generous number of the new SD40-2 units on the various HO layouts. It was good to see them in operation.

And still with Bowser, Scott Davis of Bowser told me that they should have the first samples of the new Red Barn this month. They are aiming for a release date in December.

Of course, Rapido Trains was also there, showing off their newest offerings. 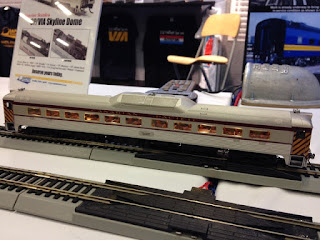 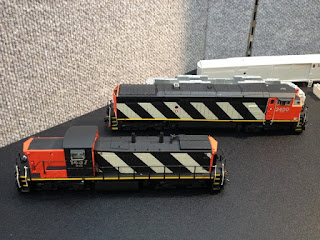 As in previous years, the best modelling was by the narrow gauge modellers. They really are experts when it comes to scenery and structures! The two that captured my attention were the Big Trees Railroad by Malcolm Anderson of Regina and, once again, the Broak and Kantiffordit by Tom Beaton.


When Malcolm says the trees are big--they really are big! 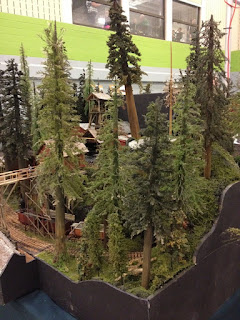 (Look for more about these two great layouts in a future post.)

This show also featured the first large Z scale layout I have seen. One thing about Z: You sure can get a good train-to-scenery ratio! That mountain is about seven feet high. 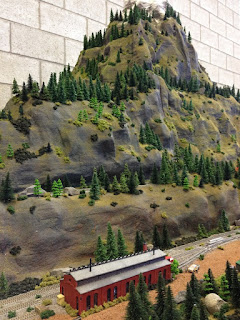 While Z gives you a lot of railroading in a small space, it still looks toy-like to me. And watching the owner shakily try to re-rail a train told me why I don't think I will ever want to work in that scale.

The Calgary Fre-Mo also had a nice looking wharf, mill and barge-ferry scene. 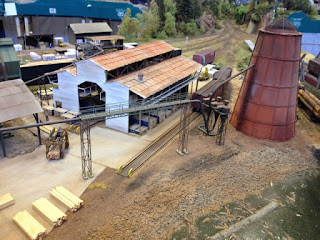 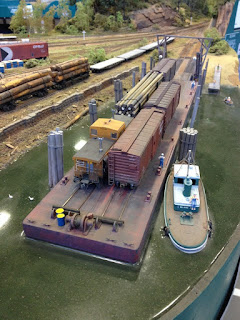 My friend Jeff Arnold was selling some great-looking HO and N scale VIA FP40H units decorated in various unique schemes. Credit Jeff himself for the great modelling. 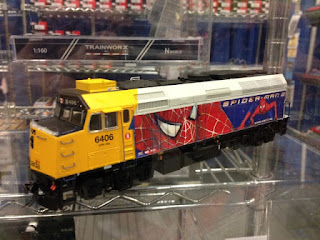 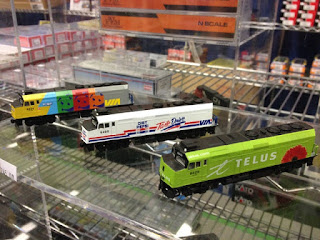 I was also impressed by the number of layouts that were at kid's-eye level. Clearly, the owners understand that a public show attracts a lot of families. It was great to see so many kids watching the trains go by at their eye-level, even if it meant the owners of the layouts had to keep their own eyes open for straying hands. 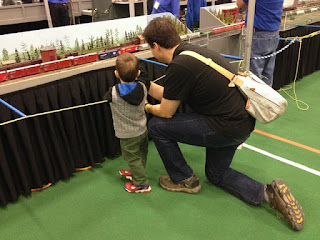 Overall, it was another great Supertain. The folks in Calgary really know how to put on a great show.

As a bonus, I took the C-train to the show. Those of us who live in places without rail transit envy people who have it, like in Calgary. It was a great way to begin and end the day. 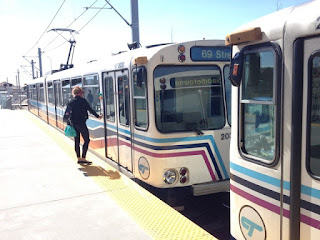 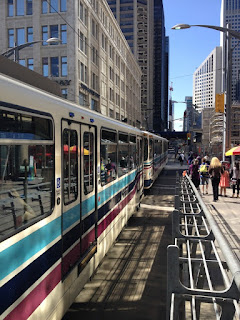