Q & A on Canadian Pacific's Bid for Norfolk Southern 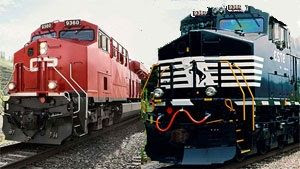 The CPR made the news in November when it made an offer to buy Norfolk Southern. I’ve taken a look at various articles and analysis of the proposed merger/takeover; find a few questions and answers below.

What would a merger mean for the two railways?

A merger of the CPR and NS would mean the creation of a second transcontinental railway in North America (CN is the other one). The system would run from Canada’s west coast to the U.S. east coast, and also down to the Gulf coast.

Why does the CPR want to merge with NS?

It could simply be a vanity project for Hunter Harrison, his ambition to create a trans-continental railway. After all, he tried to buy CSX in 2014, but was rebuffed.

CP argues that customers would benefit from a seamless system; among other things, the CPR is notes that a merger of the two railway would mean cars would no longer need to be exchanged in Chicago, thereby speeding up transit times.

There’s also the question of cash—NS owns a lot of expensive real estate that the new railway could sell to recoup its investment.

Said Harrison: “I think we’ll be able, like we did at CP, to take some of their yards that are probably not needed in my view, and convert them to maybe real estate and generate huge cash flow—huge –without having a negative impact on the railroad. It’s gravy. It could be a lot. That’s why I’m excited.”

That would be on top of an estimated $1.8 billion in operational savings, he said.

This is the same strategy he pursued at CPR after becoming CEO in 2012, closing unneeded rail yards and intermodal terminals, and unveiling plans to sell about $1 billion of real estate.

He might also sell off some of the lines that NS owns. “They probably have got the best mile-for-mile physical plant in the U.S., but I think they’ve got too much of it,” he said. 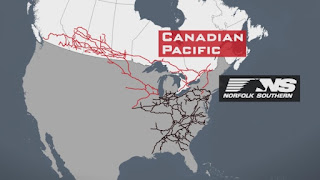 How much is the CPR offering NS to merge?

Does NS want to merge?

NS has been publicly cool to the idea, branding the offer “unsolicited, low-premium, non-binding and highly conditional.”

How many miles of track are involved? 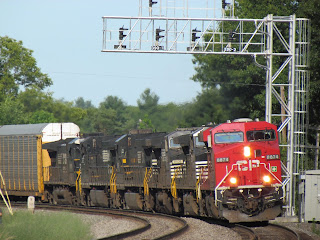 Why would NS shareholders want to merge with the CPR?

Since joining the CPR, Harrison has led a turnaround that transformed one of the North American industry’s least-efficient operators into one of its leanest carriers. NS, on the other hand, is one of the least-efficient major carriers as measured by operating ratio.

“We see no reason why we can’t do there what we’ve done at CP,” said Harrison. “It may be even easier. They have a better infrastructure than we do. They have always been well respected for having a wonderful physical plant. Some of us have teased them about being gold-plated.”

What are the hurdles?

For starters, NS has to want to do it. But it would also need the approval of the U.S. Surface Transportation Board or STB, which has been cool to the idea of railway mergers in the past.

The last time a major one was proposed, in 1999, between CP's main rival Canadian National and BNSF, the STB blocked the move and implemented a temporary moratorium on all future Class I railroad mergers.

If the merger is successful, what might it mean for the CPR in Canada?

Some are speculating that it could mean a move of the corporate headquarters from Calgary to somewhere in the U.S. Harrison has denied this speculation.