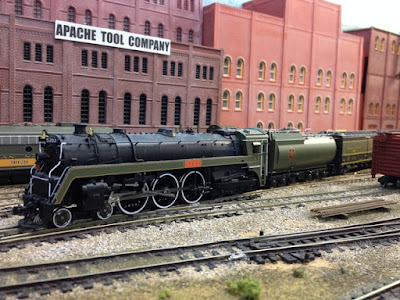 What do you do when you have to dismantle your layout when you move to an apartment?

How about starting another one with a friend in his basement? 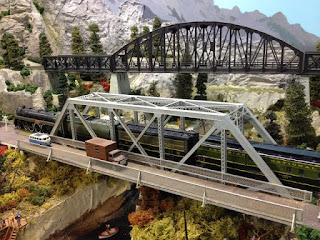 That’s what Vern Gibson and Marvin Fetch did seven years ago when Vern had to move.

The two friends decided to combine their model trains and build a layout Marvin’s house. Together the two Winnipeggers have created the Carson and Cobourg, named for the street Marvin lives on and the street Vern used to live on. 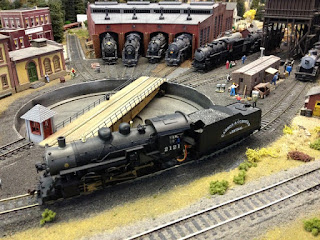 The HO scale layout fills a 19 by 19 room. And I mean it fills it—the layout is crammed with interesting and intricate scenes from cityscapes to mountains to rivers and industrial areas. Completing the overall scene are some well-placed backdrops.

The layout, which is in the shape of a dog bone with loops at both ends, has a mainline run of 70 feet. There are 63 turnouts, 26 spurs and 33 industries. Buildings on the layout are a mix of kit, scratchbuilt and kitbashed.

DCC is used to operate the trains. 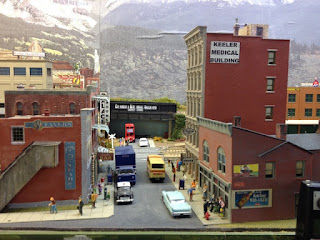 Set in the transition era of the 1950s, it represents a freelance shortline with strong ties to the CNR.

The layout took Vern and Marvin two years to build. 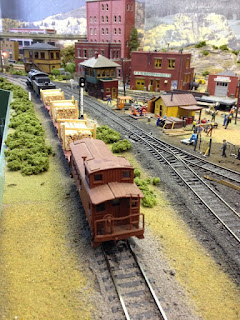 “We have fun,” says Marvin. “It was just two friends building a layout.” 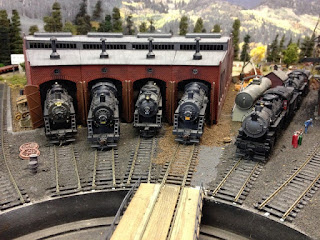 Judging from the photos, I think you’ll agree that these two friends have created a Great Canadian Model Railroad.

I took a lot of photos during my visit; click here to view more from the Carson and Cobourg in the future. 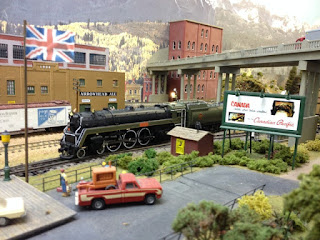 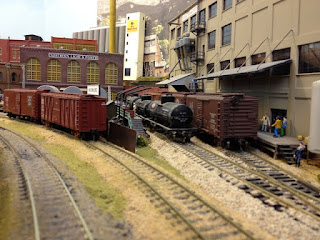 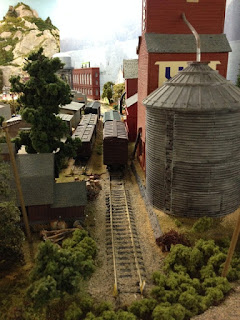