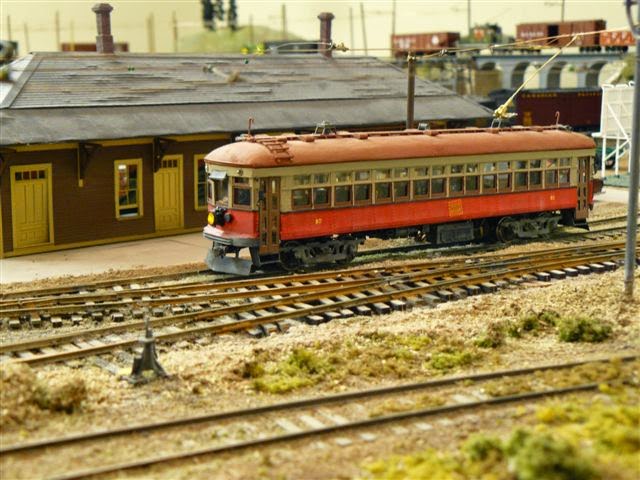 By the time I was old enough to appreciate trains (in the 1960s), the NS&T was owned by CN and was completely dieselized. Today most of the tracks that were in operation in my boyhood are gone—turned into trails, torn up or paved and built over.

It’s rare to find someone who models the NS&T in its electric or diesel incarnations; earlier this year I posted photos of Tom Wright’s layout (now dismantled). 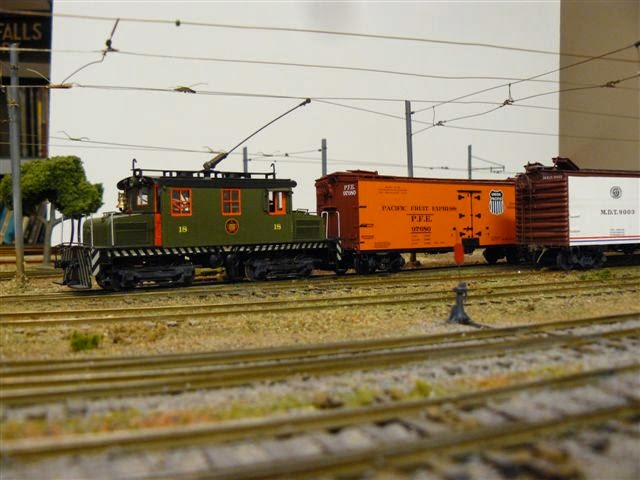 William models the railway as it existed in the mid-1950s. The layout is in a U-shape, with Merritton, where it interchanged with the CNR, occupying the majority of one leg. 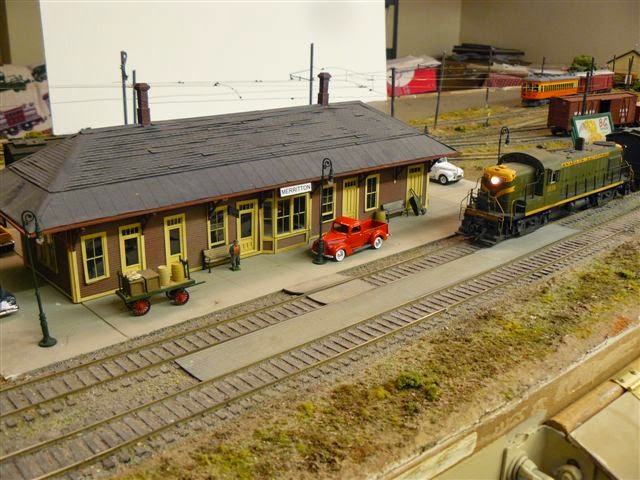 The connection between the two sides of the U is the transition from Merritton to Thorold, and the other leg represents Thorold. William plans another extension to represent Fonthill. 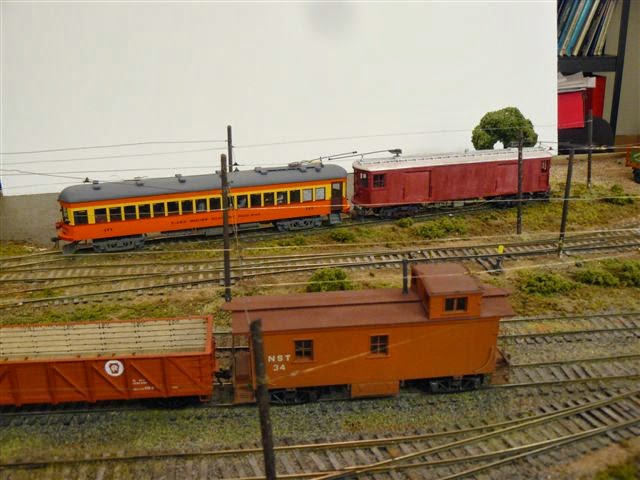 Track is code 100; turnouts are constructed using the Fast Tracks method. Digitrax DCC is used to control the trains. William has mounted trolley poles, but they are for cosmetic use only.

“I discovered that on my previous layouts, both HO and O scale, that the most frustrating aspect of trolley operation was dirty wire, with the consequence being erratic operation,” he says. 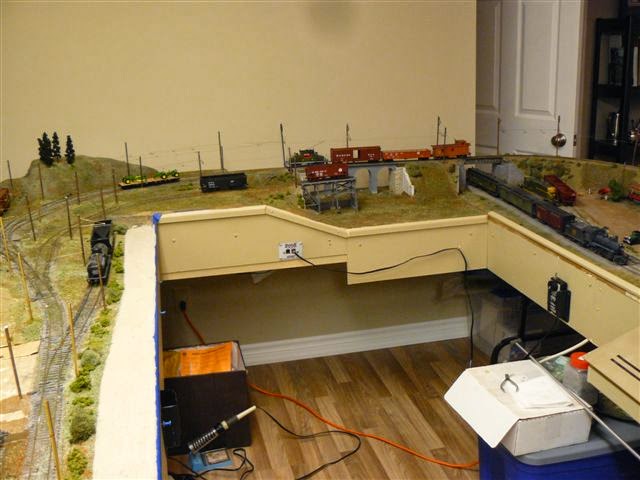 Rolling stock is mostly ready-to-run, with the modified kits and scratchbuilt. All the trolleys are scratchbuilt from brass, wood and styrene,  while two CNR diesels were assembled from kits and detailed with a blend of commercial parts and some cast from William’s own patterns.

A third steeple cab, NST #17, is under construction. William credits Dave Browning for many of the paint jobs. 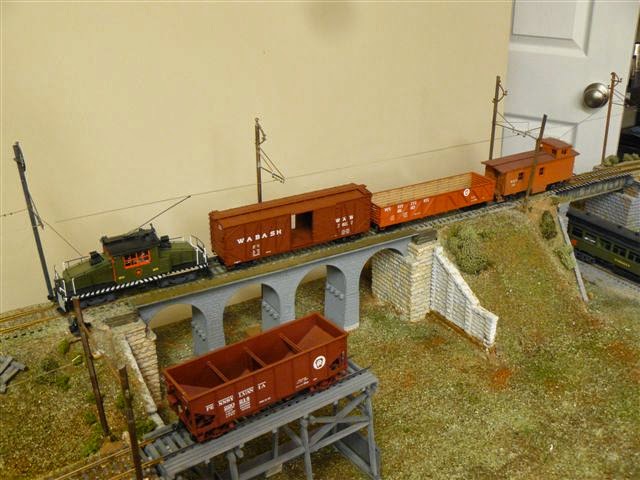 There aren’t many people who model the NS&T, the last operating interurban railway in Canada. I'm glad I learned about William's great layout. 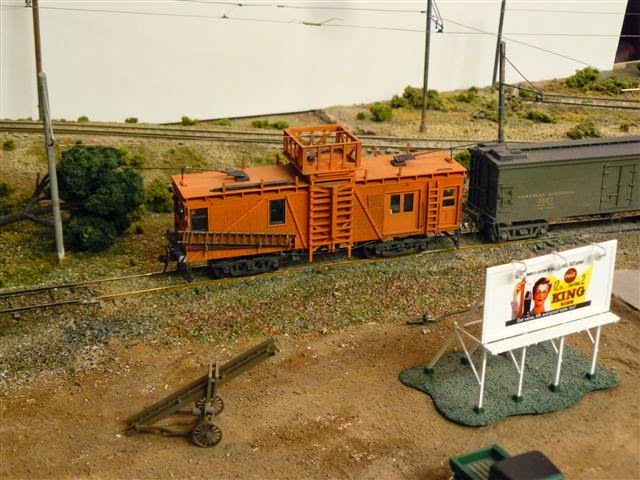 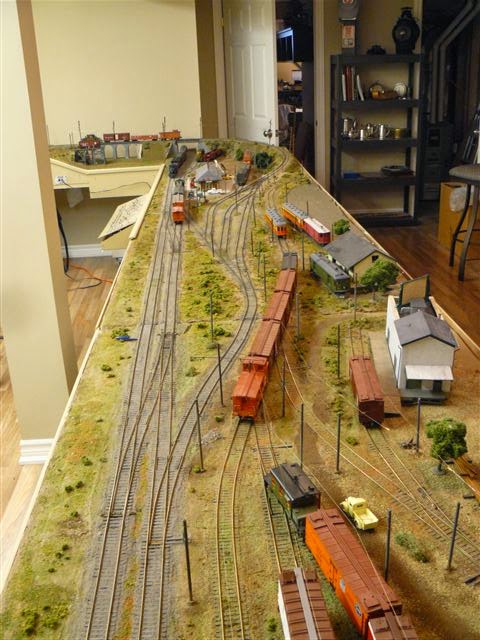