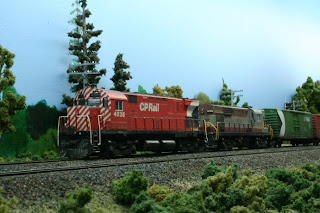 Click here to read the feature (found in the second half of the magazine). In addition to the text and photos, there is a detailed plan of the six-level (yes, six) layout. The club uses ten (yes, ten) helices to get the trains from one level to another; you can read about them, and see photos, here.